Leaders in the clay pigeon manufacturing industry were established, in some cases, over 100 years ago. The knowledge, research and development they have gathered over the years is invaluable, and to compete against these companies for a share of the market is perhaps a little absurd..... unless:

You have a quality product which can compete in terms of price and performance. We, at AfriClay, believe we have both.

AfriClay was established by two brothers, Justen & Elton, - both avid clay-shooters, wingshooters and conservationists alike.  As more and more time was spent on the clay ranges, it was clear that Southern Africa needed a local manufacturer of clay pigeon targets to compete for a place in the world market. After some years of research and development resulting in an attractive clay pigeon, in design and performance, AfriClay teamed up with Emil Gryffenberg - an astute businessmen, who shares the same passions and values as the founders - Justen & Elton.

Team AfriClay has now moved from its humble beginnings in the rolling hills of the Natal Midlands, and embarked on their new chapter in Gauteng, where the grass is greener, the clays are brighter and the powder burns faster........ well, thats what Emil assures us! 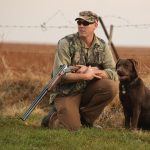